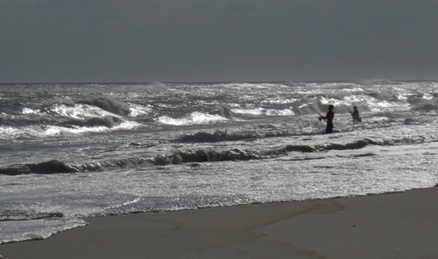 Our surveys reveal that there are almost as many definitions of privacy as there are people answering the question.  Here's how the dictionary defines it: "the quality or state of being apart from company or observation" and "freedom from unauthorized intrusion".  But what do people actually mean when they use the word?

It turns out that everyone says they know what privacy is, but almost no one can define it in a way that's meaningful in modern society.

Can you?  I couldn't at first, not in any sharp and succinct way.  I rambled through wordy expositions about the sanctity of human thought and expression, the horror of things like thought crime or the dangers of treating ideas as if they were actual actions, not to mention the historically proven inadvisability of placing too much information in the hands of any entity, especially if it 'goes rogue'.  But for the longest time I couldn't come up with a classic, 25 words-or-less definition.

So how do we explain the importance of privacy if we can't even define the term?  Especially, how do we find common ground if everyone has a different concept?  We wrestle with this question far more than any other as we build Merlin.  This blog is a highly condensed version of the path our thoughts have followed, so far.

Let's start with the fact that most people think about privacy first in a physical sense: the closer a topic is to one's body, the easier it is to say, "that's private".  It's why we wear clothes in public or shut the toilet door.  Of course, privacy is much more than just that.  As one supporter recently asserted — perhaps too bluntly, "What you have in your mind deserves more privacy than what you have in your underwear… after all, genitals come in only two types, but thoughts are nearly infinite and vastly more personal". 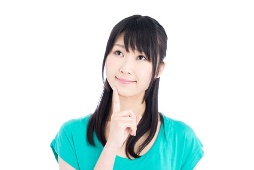 But a thought alone - bytes of data floating in the ether - is pretty meaningless. It gains importance only in proportion to how it can be used as part of a larger construction.  Broadly, that's what's known as metadata analysis.  It gains critical importance when it becomes part of a conclusion that leads to events intended to cause harm to someone simply for what they think or believe, absent of any action on their part.  If that's difficult to visualize, just ask anyone who lived in East Berlin under the eye of the Ministry for State Security (aka STASI, read "Stasi - The Untold Story of the East German Secret Police).

So it's not information itself that matters, it's what's done with it.  And that's where things become exponentially more troubling.  It's terrifying what a sophisticated organization can conclude by analyzing publicly available information, much of it unwittingly placed there by people themselves (see "Discovering Yourself").

Here, for example, is a revealing look at how much the analysis of seemingly trivial and disconnected information can actually reveal about someone most Americans identify as a hero, and by direct implication, how much harm a government can do to an individual...

In this example, it's the British Crown attempting to identify key revolutionaries in colonial America.  Just by examining public records it's amazing how accurately key figures can be identified, to the point that if the British Crown had the same kind of analytical capability then as they have now, the American Revolution would never have succeeded. All this is described in even more detail here.

Mind you, we don't think privacy extends very far into the realm of actions - for example, if you do something bad then society has an obligation to find and prosecute you for it.  But imagine a world in which anyone who has ever had an unacceptable thought can be discovered through sophisticated analysis and prosecuted as if they'd actually committed it, instead of just having a few bad thoughts.

Imagine if people could be pursued for every idea conceived in the heat of the moment, based on sophisticated metadata analysis alone, as if they'd actually done something rather than it just flashing through their minds.  We are a lot closer to this than almost anyone realizes.

"Sticks and stones can break my bones, but words can never hurt me".   It's cute, and it makes kids who are being teased feel better, but it doesn't translate into the real world.  It's dead wrong.

So now I'll take a stab at what I think privacy should be, beyond the dictionary:

Privacy includes the right of every human being to defend themselves from harm based on suppositions derived solely by analyzing just their words or thoughts.