‹ Back to the blog listJoin the Digital Elite! 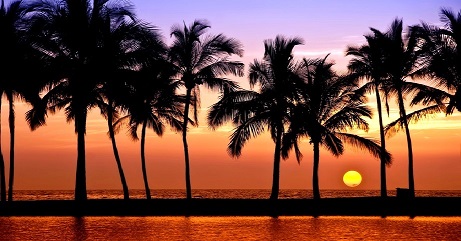 Are you getting all you can from your digital life?

The problem is, most of it's experienced in a 'stream-of-consciousness'. Stuff goes out of view so rapidly that it's easy to miss important details and make mistakes.

And that makes it incredibly difficult to gain meaningful insights... You can't find stuff you know you have, you can't see the connections between things, and therefore you can't fully understand the significance of relationships, especially if they are not immediately obvious.

As loosely adapted from the Rime of the Ancient Mariner (Samuel Coleridge, 1834), it's as if there's...

Water, water everywhere, but not a drop to drink... 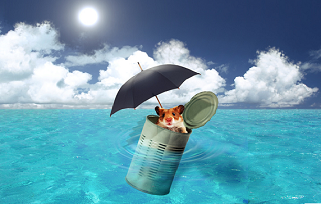 All too often you're adrift in an ocean of personal data, but unable to derive deeper meaning from it.

Merlin gives you the same sort of deep data analysis the big players use to graph your digital life, but privately just for you, fully encrypted inside your device.

Let's say you're cc'd on a really important email that covers three topics and is addressed to four people.  You need to keep it, but where?  The best your current email client lets you easily do is stick it in a folder, which you have to create manually.  That's absurd!

Merlin will automatically create references to it in the activity folders of all four people, and additional references in the topical folders for the subjects discussed, making new ones as needed.

After you read the email you can press the AutoFile button, and the note will instantly disappear from your inbox, but it will still be referenced under all the people and topics discussed in it.

It's as simple as that!  Just push the button.  Plus, it's not limited to email….

Let's say someone sends you a file - maybe it's an attachment or a share. Merlin will automatically track when you got it, where it came from, who you subsequently share it with, and whether or not you already have other copies of it, in which case it will link it into a version chain for you.  Better still, if there's metadata in it or comments attached, Merlin will also create relationships to the file under every topic or person mentioned. 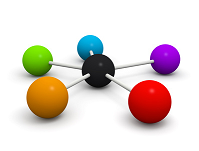 In fact, you can discover what anything is related to simply by opening it and pressing the 'Relationships' button.  The item will 'flip over' and show you everything the Syndex™ has linked it to, including people, places, topics and events.

For example, open the details for your doctor and press Relationships to see all the appointments you’ve ever had, all the payments you've made, any emails you got from her, and much more. 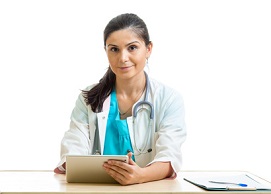 If she sent for tests, and you got an email from the lab, it will be referenced there too.

Or maybe you'd like to check on something that someone messaged you about six months ago.  That's not so easy in a conventional messenger, if it's possible at all, but in Merlin all you have to do is open that contact and flip it over… you'll see all your interactions neatly organized by type, date and topic.

Of course, you can customize everything and tell Merlin what you don't want it to save or analyze.  The only thing you can't turn off is the onion-like, multilayer military-grade encryption.  It's always on, making it safe to create a data landscape broad enough for the Syndex™ to work its magic.

Here's a simple case in which Merlin lets you know that seemingly disconnected people actually know each other.

You use Merlin to communicate with them all, mostly by regular email, but also by secure voice/text/email with those who also have Merlin. Emails and messages flow in and out every day. Some of them are direct, and some are notes cc'd to groups. 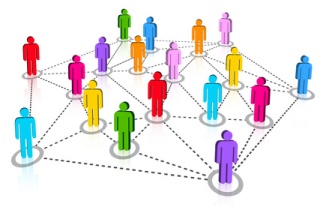 As Merlin watches it all for you (and only you!) it notices that deep in the cc list of an email you got from a relative there was a name and email of someone Merlin hadn't seen before.

You didn't notice it, why should you? You don't even know that other person, and besides, there were 17 people cc'd. This happens all the time. But Merlin notices and remembers, it just doesn't do anything... yet.

Some time later, a customer with whom you're having a secure message chat mentions that same name. It means nothing to you, but it means something to Merlin, which knows that 16 months ago your relative cc'd an email to someone with that name.

Suddenly Merlin can advise you that a relative knows someone who in turn might know your customer. So Merlin notifies you by highlighting the name in chat and showing you the email address it collected back then. Then it suggests you gently probe the person with whom you're chatting for the email address of the person they just mentioned. If it's the same, Merlin will alert you. 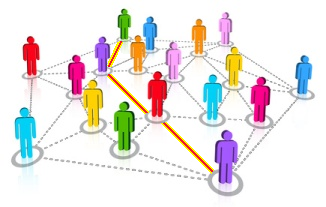 Perhaps this discovery is meaningless. Or perhaps it's a useful opportunity to solidify your business relationship. Maybe it's even potentially harmful. There's no way for Merlin to tell, but at least now you know there's a new way to connect with your customer.

This is a pretty simple example; Merlin is doing much more sophisticated stuff by constantly looking for connections in everything you do. That's one of the reasons it can file messages and emails so intelligently.

What makes this possible are some pretty cool algorithms combined with the simplest fact of all: Merlin's extensive security features make it safe to consolidate all your information in one place. And that creates a landscape broad enough for it to discover previously undetected relationships. 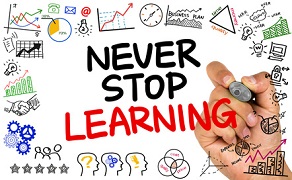 Merlin — Easier than making a mistake!

Grasp the meaning not just the data.