‹ Back to the blog listThe Presumption of Guilt 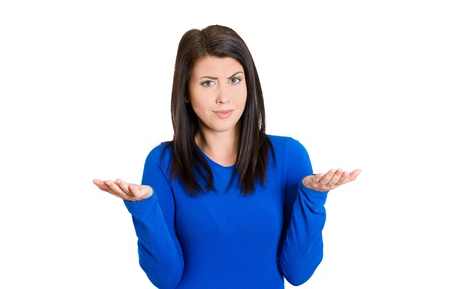 But wait… isn't that backwards?  Shouldn't it be "the presumption of innocence"?  Yes, it should.

Unfortunately, that's not what's happening. Without even realizing the danger, in recent years we've flipped a vital philosophy on its head.

In many US cities when you visit an office or apartment building, you are now required to present government issued photo ID. Have you ever wondered why? What purpose does this serve? 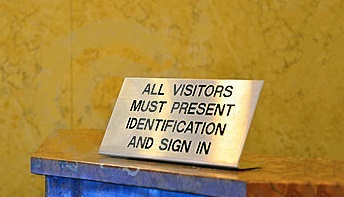 If you ask, the typical answer goes something like this, "Well, if you do something bad while you are in our premises we need to know who you are".

In other words, they are presuming you may commit a criminal act, and are collecting your identity before the fact, not after.

It's subtle, but make no mistake: This is a clear presumption of guilt, not innocence.

There are no laws saying that office and apartment buildings must check ID. Absolutely none. Otherwise they'd all have to do it, and that's far from the case. When pressed, they further explain that it's out of an "abundance of caution", but I ask you, caution against what? Do they think I'm going to squat in some hallway and pee in a potted plant?

It should be no business of the building's management if you visit a friend. That's private between the two of you.Their job is supposed to be making sure heaters heat and elevators elevate, not keep track of who visits who, when and for how long.

Likewise when you visit an office, you should have the ability to conduct your affairs free from a-priori suspicion of potential malfeasance.

If someone commits a criminal act, by all means investigate. Just don't start before there's even been a crime.

I live in Manhattan, but I grew up In Syracuse, NY.  Last fall my father had a sudden medical problem and my mom needed help.  But as I'm sure you know, last minute plane tickets are absurdly expensive. So I made an Amtrack reservation, and bought my ticket from a machine in Penn Station using my credit card.  All good.

It's about a six hour ride, which compares favorably to flying because the train departs and arrives in the center of each city, especially when you consider the time it takes to travel to the airport and go through the check-in process. Plus the train was a fraction of the cost.

It was a stunning ride up the Hudson valley, the autumn foliage sang in yellow, orange and red. 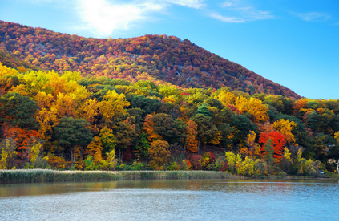 We had a 45 minute break in Albany, and I decided to find a better cup of coffee than they had on the train. Of course, I took my handbag and ticket with me. When I returned 10 minutes later, there was a person checking tickets and — get this — also IDs.  Why?

Mind you, I'd ridden all the way from NY City to Albany and no one asked for ID, so why now?

I asked. And here is the jaw dropping answer I was given, "We have to because there might be terrorists".

Seriously? How on earth does checking my ID deter terrorism, even slightly?

Do they think that making sure my ticket matched my name would prevent me from executing some evil plan? If I wanted to do that, all I'd have to do is shove a bomb under my seat and not re-board.

Or maybe they just thought I might hijack the train instead, you know, and make them fly it to Havana. 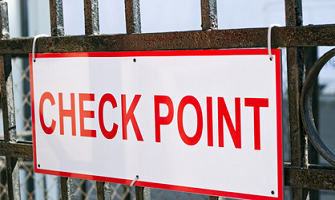 No, this is just more pointlessly absurd security, an intrusive bureaucracy without purpose beyond feeding itself and turning us into a surveillance society.

The bigger question is, where does this kind of thinking lead?

What's next, scanning the iris of every person in your car?

What about mandatory DNA samples at highway checkpoints? 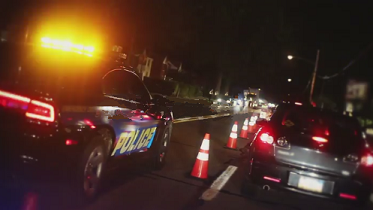 How about a scan of your retina before you pick up your kid from school each day — never mind that she runs over saying mommy, mommy — that doesn't count. And it should be video recorded too, you know, just in case. And backed up with fingerprint scans of you and your child. Every day. You know, just in case.

And how do we validate that the kid in question is really yours?  With weekly DNA tests, of course. You know, just to be sure.

Visit a local bar or pub on a busy weekend, and in many cases you will find someone at the door checking ID to make sure each person is of legal age to drink. Fair enough... that's the establishment protecting itself against unintentionally serving someone underage, which in some countries is 18 and in others 21. Unlike the apartment building, at least the pub has a justifiable reason to check.

My husband recently turned 51.  And yet when he and I went to one of our long-time favorite bars last Saturday night for a quick drink, the doorman insisted on seeing his ID. 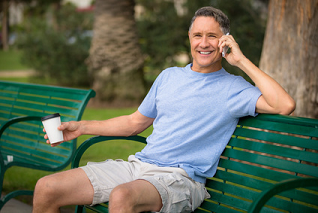 He's obviously over 21. In fact with his graying hair he's obviously over 31, and obviously over 41. You could show his picture to a million people, and not a single one would think there was even the remotest chance he was under 21. Yet the doorman insisted, and I'm proud to tell you that my husband refused on the grounds that it was absurd.

And it truly was absurd. Where is the sense in this? What are we doing to ourselves?

The doorman was constrained by a rigid set of rules that denied him the ability to use common sense. The establishment lost our business that night. In fact, it lost our business permanently, and the business of all our friends too. We're beyond our activist days; instead we just vote with our wallets.

Oh, and all we had to do was walk a couple blocks to another long-time favorite place where the owner greeted us with open arms. You see, the law specifies that they must not serve alcohol to persons under 21, but there are absolutely no laws specifying that bars must check their patrons at the door, or that they can't use common sense.

You can prove that to yourself by visiting the same establishment on a Tuesday, say, when traffic is low — there's nobody at the door checking IDs.

Is this what freedom and liberty are supposed to be about? Or are we actually destroying the very principals upon which great western nations were built, and which millions of soldiers in multiple wars gave their lives to protect?

My grandfather died as a result of injuries suffered in the Battle of the Bulge (WWII). And every time I'm pointlessly asked for ID by some doorman, bouncer or transit functionary, part of me hears demanded in a distinctly Nazi accent, "Papers please", only there's no please about it. To me, they're spitting on his grave.

This has already gone too far. My husband and I are pushing back by using our spending habits as leverage. We think you should too.

The long running US-based television program "60 Minutes" recently broadcast a fascinating segment featuring comments about terrorism by François Molins, who is the City of Paris Chief Prosecutor. He's a smart and capable man, but he seems to be trapped in the same mindset as so many in law enforcement. He summed up his remarks with a catchy sound bite,

You can't have freedom without security.

And in part I agree with him. But what he doesn't seem to realize is,

You can't have security without freedom.

Just ask the people of North Korea, or the former Soviet Union. You see, without freedom, security is worse than useless, it's outright dangerous. This 'turn-the-safety-screws-tighter' approach can work, but it must be done with insight and tremendous finesse, sparingly and in precisely the right places. That's not happening. Instead it's being used bluntly and ineffectively, as I've personally just seen demonstrated in Brussels...

I want to be safe. We all do. But is an omnipresent presumption of potential guilt the right way to do it, or is it actually helping the terrorists accomplish their evil goal of destroying our freedoms?

Imposing ever more security in an ever-expanding radius will not protect us. All it will do is cause terrorists to shift to other targets… such as all those shiny new tents.

George Orwell himself would not believe how right he was.

"1984" was supposed to be a warning, not an instruction manual.

1. Guest Blogs contain noteworthy sentiments, but do not necessarily reflect the opinion of management.