‹ Back to the blog listShould you cover your webcam? 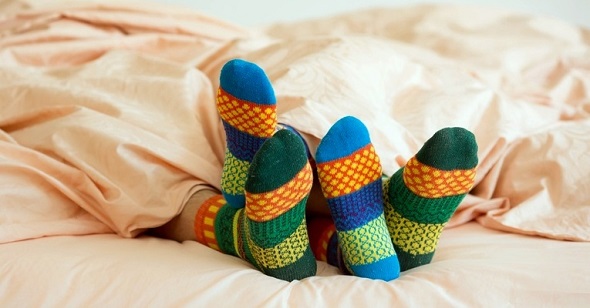 The short answer is yes, and not just because a lot of people already do it!

The problem is, on most devices it's possible for an outsider to activate the camera(s) and microphone without your knowledge, and often without any visible indication that it's on.  This includes most laptops and some desktops, as well as most tablets and smart phones.

Who can spy on me?

There are no hard numbers (hackers hardly make themselves known), but reasonable estimates of the number of evil-intentioned hackers on the internet globally range from 50,000 to over 500,000. 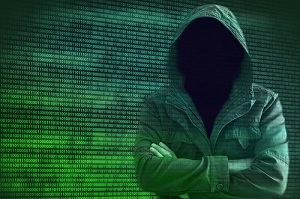 Some are just amateurs looking for the cheap thrill of activating people's cameras when they undress, make love or bathe the kids. And some are professionals able to extract a lot of data from your device, not just audio and video.  The most sophisticated of all are state-sponsored groups with serious penetration tools.

How vulnerable am I?

It depends on the type of device you have and how you use it.  For desktops, laptops, and many tablets, any hack that succeeds in planting a specific kind of virus on your device will allow a hacker to activate the camera and microphone.  It's more challenging to get into a smart phone, but it's well within the abilities of the more sophisticated hackers.

Depending on your device, such hacktivation can be done without turning on the activity indicator (usually a tiny LED near the camera), if it even has one (most tablets do not, for example). An eavesdropper can independently activate both the front and rear facing cameras, and the microphone. 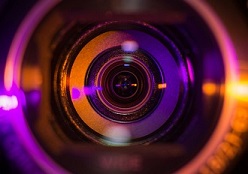 Basically they can watch and listen even if you think the device is off.  In some cases it's actually possible for a hacker to turn on your device on from an apparently dead-cold state and yet still appear off.  This is especially true for mobile devices because unless you remove the battery, most are never truly off.  Instead, they just go into a deep hibernation, from which they awaken periodically just enough to silently listen for external commands.

Scarier still, it's even possible to hijack a pair of headphones plugged into certain models of desktops and laptops.

The combination of all these threat vectors means that if a skilled hacker wants to monitor you in real time, then yes, unless you take preventative measures you are remarkably vulnerable.

Are you inviting them in?

Most people are surprised to discover that they unwittingly enable an insidious form of potential surveillance themselves.  Many apps are capable of using the device's camera(s) and microphone when and how they want to. 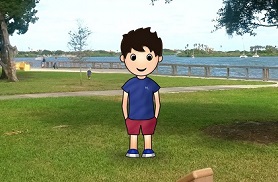 This is especially true for certain games, as discussed in this blog about Pokémon Go, that must use the camera in order to even function, but it's also very easy for an unscrupulous developer to employ innocent-seeming apps like "Flashlight" as surveillance tools.

They don't need to gain access to your camera by deceptive means, you yourself allow it when you install them.  Covering the camera when not in use totally defeats their ability to capture video from your device.

Should I also cover the microphone?

You can, but unless you use a very elaborate mechanism it can only be partially effective.  That's because unlike light waves, sound penetrates obstructions fairly easily.  You hear this anytime there's loud music or TV in an adjacent room coming right through the wall.

That said, for mobile devices like smart phones, if you keep it in a fully-enclosed case with no holes, such as a hard-shell protector, the higher frequencies of speech will be muffled enough to make what's being said near the device difficult for an attacker to understand.

This has the added benefit of also covering the camera(s) when the device is not in use.  Of course, the ringer will also therefore be muffled, but you can usually set it loud enough to overcome that problem.

What's the best way to cover the camera?

The easiest way is to use a commercial product that has built-in camera covers, such as this for example.  Unfortunately, because there are so many types and sizes of mobile devices, it can be difficult to find the right case.

Of course, you could also use an actual band-aid, but it's far more aesthetically pleasing to use inexpensive commercially produced stickers or covers available from many sources (here or here, for example).

Alternately, you can make your own using a strip of black plastic electrical tape, with a small inverted piece in the middle so that the camera lens does not get sticky.

To do that, first cut a strip about the length of a band-aid, and then cut a second small piece about the size of a fingernail.

Prepare it by placing the longer strip sticky side up, and position the small piece sticky side down in the middle, just like the gauze pad of a band-aid.

Then fold a small tab over on one end of the long piece so you can later easily remove it, and stick it over the camera of your device such that the small non-sticky part is over the lens.

I have an iPad, so I cover the front-facing camera (the one pointing at me when I use it) but I leave the rear-facing camera uncovered because it's usually facing down on the table or bed so it can't see anything anyway.