‹ Back to the blog listDigital Black Holes 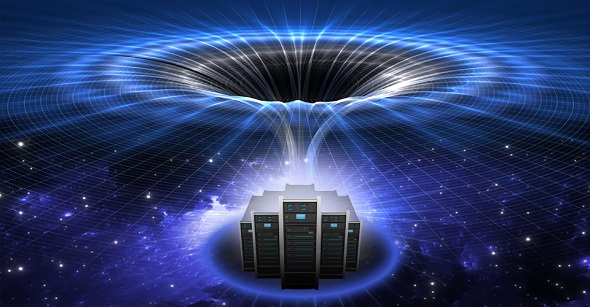 You've heard about it... governments and corporations are collecting huge amounts of personal data. The potential consequences are frightening.

Despite growing public unease, they continue to create what amount to digital black holes over which we'd better hope they never lose control, if they haven't already.

We think they need to be far more transparent about what they're doing because collectively it adds up to something greater than the sum of its parts, something potentially very dangerous.

The variety of personal data being collected and recorded is breathtakingly broad and deep. And it's being funneled into massive storage facilities by companies and government agencies world-wide, not just in the USA.

Broadly this is known as "Big Data", big because it encompasses so much about so many people.

The methods by which it's analyzed and how the resulting conclusions are used are going to present society with some huge challenges, as skillfully described by Cathy O’Neil in "Weapons of Math Destruction".

"The models being used today are opaque, unregulated, and uncontestable, even when they’re wrong… Welcome to the dark side of Big Data".

Here's a way to visualize the magnitude.

It's been estimated that the East German secret police, which was infamous for internal surveillance, accumulated enough information about its own citizens to fill file cabinets covering 41 football fields, an impressive mental image. 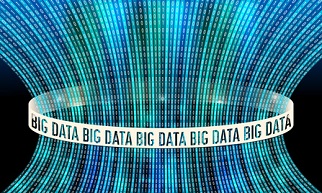 Now contrast that with what it's estimated the NSA has collected.

It's all digital of course, but if printed it would fill enough file cabinets to carpet the entire United States. Nearly twice. Seriously1.

That's how large big data has become. Include corporate databases and the size doubles to also cover Canada and Mexico with not a spot to spare.

And yes, you're in there, ripe for examination, whether it's next week or 35 years from now.

Our vast digital landscape has catalyzed some of the most profound social changes in human history.

A staggering amount of content is just a finger tap or channel hop away. What once took days at a library now takes just seconds at a screen, and is vastly richer and more diverse.2 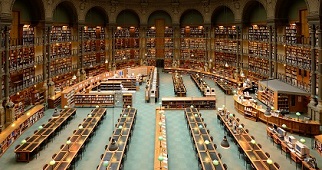 Cars are about to drive themselves thanks to sophisticated hardware, potent algorithms and GPS. And although it may be difficult to imagine, soon there could be pilotless planes (even now they fly and can land themselves automatically, if need be). 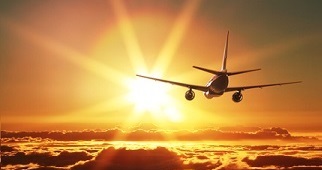 It's stunning, but in many instances automation makes better decisions faster than drivers or pilots, providing safer and more efficient travel despite the unease many people will feel flying down the highway in a driverless car or through the skies in a pilotless plane.

Systems like Zoom have shrunk the world to the size of a room.

You can chat with people anywhere for days on end, just for the nominal cost of a device and an internet connection. 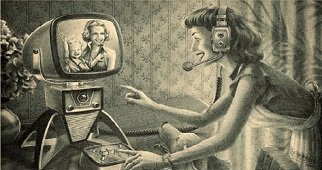 Once fictional "Videophones" are now a simple reality

Social media has been a potent force in exposing social wrongs, in some cases playing a pivotal role correcting them.

And although there are a huge number of endlessly entertaining cat videos on YouTube, there are also vast numbers of compelling personal stories, countless instructional videos, and thousands of informative documentaries of every imaginable sort.

Oh, and did I mention cute cat videos?

Services such as Twitter provide remarkable access to the lives of interesting and influential people, often with a very humanizing effect that tears down social myths and builds connections, even with people you don't know personally but want to understand better.

For example, you can follow astronauts on orbit in the International Space Station. Their tweets provide a very real sense of connectedness. 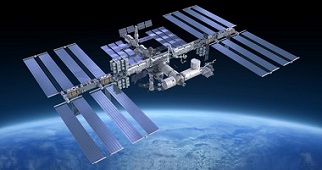 You can even tweet back, although responses are limited

What other way could an ordinary citizen communicate with someone in an orbiting spacecraft? It's remarkable.

There's a lot of value in all this, but unfortunately it's coming at great cost because it generates massive amounts of deeply personal information that's being harvested at an unprecedented scale.

Virtually every aspect of your digital life is being recorded. It's tucked safely away in databases where it can sit quietly for years or decades, until it's needed.

Or hacked, or even just accidentally leaked.

We can't know when, why or by whom. But whatever their purpose, they're going to find a lot of amount of information about you… 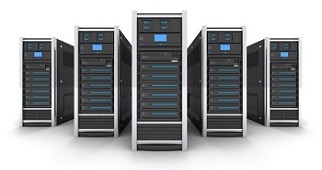 If you are a cable TV subscriber, your service provider knows exactly what you watch, second by second. Likewise if you use a streaming service like Apple TV, Netflix, Roku or any of their competitors.

With that knowledge they can perform an insightful analysis of your personality, interests, social and political views, sexuality, religious affiliations and much more, simply by observing which programs you view, and even which portions of a given program. 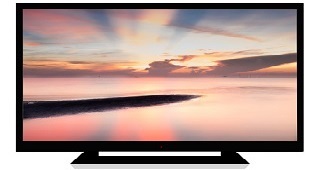 Some of the latest hardware (from Microsoft and others) have cameras capable of watching you watch it… they actually look back at you, right in your living or bed room. That's an uncomfortable thought.

Your mobile (cellular) service provider has detailed records of your GPS track through life, every text message you've ever sent or received, every call you've ever made and every person in your contact list.

If you search with Bing or Google, or you use Gmail, Outlook, Hotmail, Google or Bing Maps, or YouTube, you'll discover they know a stunning amount about you.

And although it's easy to delete your Bing history or Google history, be aware that it isn't really deleted, a permanent copy of your history is kept in archives available to the companies themselves, their business partners, and to law enforcement forever.

A more accurate way to visualize their delete function is, "Delete the fact that I can see my search history".

If you belong to retail discount programs from places like your supermarket or pharmacy, then all the items you've ever bought from them have been recorded and can be shared with anyone willing to buy or who has the legal power to request that data.

Many of those programs don't even try to keep it private — your name, address, phone and itemized purchases are sold with no anonymity at all.

We've organized a separate "top 10" list of what's being collected about you.  It's fascinating and frightening to discover just how much personal and private information is being permanently archived, including...

You can read the details here!

And then there's Social Media...

Social media is not on the above list because by definition it's public, so you'd think that people would be cautious about what they post.  And of course some are.

But an alarmingly large fraction of social media participants seem to develop a dangerous sort of information myopia, a world view that allows them to imagine that the only people who would see or care what they post are those they know, even into the distant future.

They create self-inflicted wounds without even realizing it. 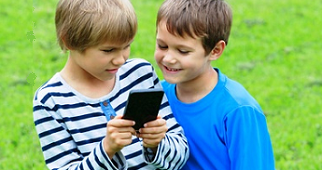 Many aren't yet old enough to understand

Social media makes it easy to give away precious slices of privacy, with frightening implications in some cases.

Children are somewhat protected (but nowhere nearly enough), however young adults can suffer 'a death by a thousand cuts' as potential employers examine willingly-exposed information looking for reasons why someone might not be a good hire or a good loan risk.

This will evolve: how much longer will it be before that sort of practice is used to decide if you'd be a good tenant in an apartment complex, or should not be issued a driver's license or allowed to ride a train or bus?

Set aside the demerits you'd give to someone who was stupid enough to post a video of themselves doing something dumb, and focus instead on how all this rigid recollection subtracts forgiveness from our social interactions.

Nowadays a thoughtless adolescent stunt pulled by some 18-year-old will follow her for the rest of her life.

And there's more to it: many apps are now harvesting all your contacts and phone numbers without even asking. For example, Sarahah, among hundreds of others.

There is a lot you can do to prevent privacy penetration.

But before we get to that, your first task is to change your mindset.

It's not a safe world, and you are not being protected by a just and fair system with carefully designed safeguards. Stop assuming that.

It's unfortunate, but you need to develop a more defensive mental posture about protecting your privacy.

Most especially, become aware that nearly every action you take is being archived for potential future analysis, somewhere by someone, even in the distant future. 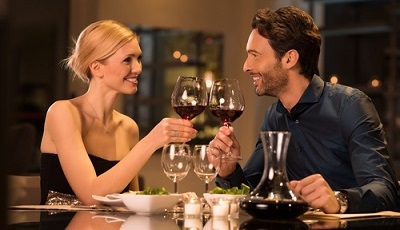 Enjoying an intimate table with your spouse, and 47,000 strangers

The next time you and your spouse go out to dinner, make the reservation from an office line for Mr. and Mrs. Smith, and leave your mobile phones at home.

Don't worry, you can give the restaurant's phone number to the babysitter, that will be more than enough.

When you're finished with your meal, pay in cash.

And for the first time in probably the last 10 years you can taste freedom again, and feel what it's like not being monitored.

If that sounds a little paranoid then you haven't understood the problem.

First, place sensible constraints on a lifestyle of constant connectivity.

Ask yourself, do you truly need your smart phone with you 100% the time? What's the benefit, really, and what's the cost?

Next, although it will involve some loss of functionality – how much depends on how you use your device – you can take these steps to substantially increase your privacy:

Try giving yourself 'privacy holidays' by completely disconnecting from the digital world, even for an hour.

For example, leave all your electronics home and go for a walk on the beach. Gaze over the ocean as your forbearers did, and consider the unnatural and intrusive ways in which our wonderful digital world is being abused to monitor and manipulate you.

And remember this, the problem is not the technology, it's how it's being subverted to violate your privacy.

2. And yet it's proportionately less authoritative, mostly because virtually anyone can publish anything on the internet. You have to be much more discriminating than when most published sources were reasonably well vetted.